Pastor Johnson Chong was born in Ipoh, Perak in 1957 to a Hakka family. After earning his business degree from Tamkang University, Taiwan in 1981, Pastor Johnson went to live in Sydney in 1990. It was there that he became a Christian.

He then returned to Malaysia and worked 10 years for a Japanese company, after which Pastor Johnson joined and served as a church staff in First Baptist Church for seven years, where he was called to serve the mandarin congregation. God also subsequently called him to full-time pastoral ministry and he graduated from Malaysian Bible Seminary (MBS) with a M. Div. degree in 2009.

On February 27, 2011, Pastor Johnson became pastor of the mandarin congregation in the newly formed Pantai Baptist Church, where he has been serving ever since. He is married to Alisa and they have three children.

2 Timothy 4:2 – Be preaching the word at all times, in every place; make protests, say sharp words, give comfort, with long waiting and teaching;

As pastor of the mandarin congregation in PBC, Pastor Johnson’s main mission/role is to shepherd its members. Other than taking a larger share of the preaching slots during weekly Sunday worship services, and training leaders to lead others, he connects the manifold needs of the church to the many hands and feet of the body of Christ.

Pastor Johnson’s chief role model is Jesus Christ, the Great Shepherd, and strives to reflect Him in every area of pastoral ministry, so that the leaders who serve alongside him can be an encouragement to the Church and equip her for the work of the ministry.

He is also involved in baptism classes and interviews prospective baptismal candidates as well as those who wish to become church members. 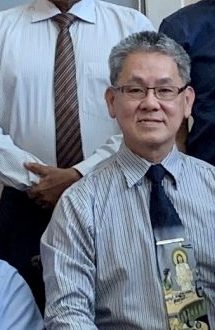