A Stroll Down
Memory Lane 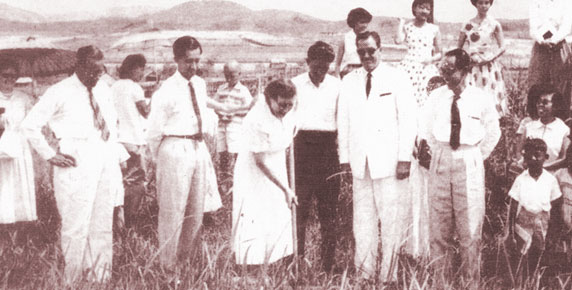 Pantai Baptist Church Petaling Jaya (PBC) and First Baptist Church Subang Jaya (FBC) are two independent Baptist churches that grew out of a common root that was planted in the 1950s by missionaries from the Foreign Mission Board (FMB) of the Southern Baptist Convention (SBC), USA. The land on which PBC now stands was purchased in 1957 with funds from the Lottie Moon Christmas Offering of SBC.

The Annual Christmas Offering for international missions was named after Ms Moon for her exemplary service to the Lord Jesus Christ in China for 39 years.

FBC was established in June 1957 as the first English-speaking Baptist Church in Petaling Jaya. It grew out of worship services and Sunday School classes started by Ms Jessie Green, and Harold and Ann Clark (SBC missionaries) at the Baptist Clinic building in Jalan Dispensary, Petaling Jaya Old Town.

Its first interim pastors were Glen Martin and Herbert Holley before Pastor Charles Morris was appointed FBC’s full-time pastor in April 1958. After the dedication of the church building on 5 April 1959, Pastor Morris left to serve in Singapore. He was succeeded by Pastor Clarence Thurman who was the longest-serving missionary pastor of FBC (Jan 1960 – Sept 1968). Pastor Glen Herrington then became FBC’s last missionary pastor (1969).

FBC in the 1960s was a small church made up of young people (under 20) who was actively involved in outreach training and other ministries set up by the Thurmans. They were the Young People’s Union, Baptist Training Union, FBC Library, FBC Choir, the First Vacation Bible School (1962), and Jack & Jill Kindergarten (1967).

When the University of Malaya was set up in 1961, FBC made it their mission field. One outstanding youth leader from that era was Rev. Amos Lee who is now the Senior Pastor of the Chinese Independent Baptist Church in San Francisco, USA.

With the end of the FMB missionary pastorate, FBC’s Board of Deacons comprising Ang Chooi Tuan, Lloyd de Run, Fred Van Dort, Charles Aw, Thomas Heng and Sonny Wong, elected Lloyd de Run as the first local pastor of the church. Continuing the legacy of the FMB missionaries, church planting was a priority of FBC during the 1970s and 1980s. A group of FBC members founded the Bethel Baptist Chapel in Kuala Lumpur in 1970. FBC worked with Emmanuel Baptist Church Petaling Jaya (a Cantonese-speaking church) to begin mission outreaches in Klang, Damansara Heights, Kepong and the then-new township of Subang Jaya. Subsequently, Klang Baptist Church was set up in July 1976, followed by Kepong Baptist Church in February 1980, Subang Jaya Baptist Church in August 1981 and Damansara Heights Baptist Church in July 1987. FBC’s New Chariots Adventure Fellowship in the 1980s in Kampung Ayu, Damansara led later to the founding of the Tamil First Baptist Church (Damansara) in the year 2000.

FMB Missionaries, Don and Yvonne Miller, started a Tamil outreach in Ampang with FBC as a partner in 1989. Pastor Lloyd de Run started the home group ministry at his house. After seven years of service to the Lord, Pastor de Run passed away from cancer in December 1977. FBC appointed James Lai (University of Malaya graduate) to serve as pastor. New ministries were added to the church. They were “The Kalos Kids” (a children’s choir) and Karis (a senior citizens’ fellowship). Discipleship groups grew to 23, involving 140 members out of a church membership of 662 in the 1980s.

The late 1980s was a difficult time for the church. A significant group of members left FBC over charismatic issues. FBC requested for assistance from FMB, and Missionary pastor David Watson was assigned to FBC (1988-1989) in the interim. In March 1990 Pastor Tan Soo Inn from GeorgeTown Baptist Church Penang joined FBC. 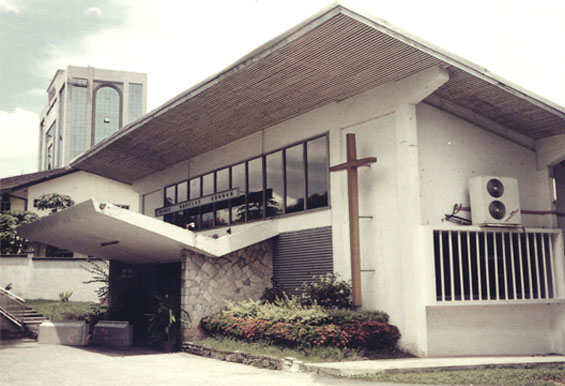